Check in regularly with Homeward Bound of Marin for the latest news & events about our homeless programs and efforts to end homelessness in Marin County. 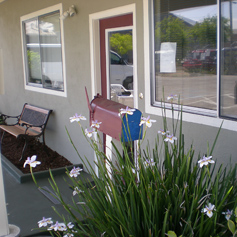 Mill Street Center, the county’s only year-round emergency shelter for homeless adults, would be replaced by a larger 60-bed shelter with attached supportive housing units under plans being developed by Homeward Bound of Marin.

In cooperation with the city of San Rafael and the Marin County agencies, Homeward Bound would raze Mill Street Center and build a four-story structure of 32,000 square feet that includes 32 permanent supportive housing units on the upper levels.

“It’s going to be a great addition to the scope of services that the county really needs to have,” said Mary Kay Sweeney, Homeward Bound’s Executive Director. The site in San Rafael’s Canal Area is owned by Homeward Bound.

Full details and costs of the proposal will be fleshed out in the coming months. A combination of state funds from the new Homeless Emergency Aid Program plus other grants and donations would likely finance the endeavor.

Mill Street Center opened in 1986 in a renovated chiropractic office in San Rafael and offers shelter for 55 adults at a time. In the 2017-18 year, it served 346 people.

We Won! HBoM Scoops Nonprofit Excellence Award« Previous post
Proposal to House Homeless Veterans Takes ShapeNext post »
Recent News
Culinary Stars Offer Tips and Recipes at Spring Chef Events
Learn about sustainable farming and meet some culinary stars this spring at Fresh Starts Chef...
Read More
Apply Now to Fire Up a New Culinary Career in 2023
Fire up a new career with 10 weeks of award-winning training at Fresh Starts Culinary Academy. You...
Read More
Thank You for Joining Us on Giving Tuesday!
Thanks to all our supporters for a warm response to meet our $25,000 matching funds challenge on...
Read More